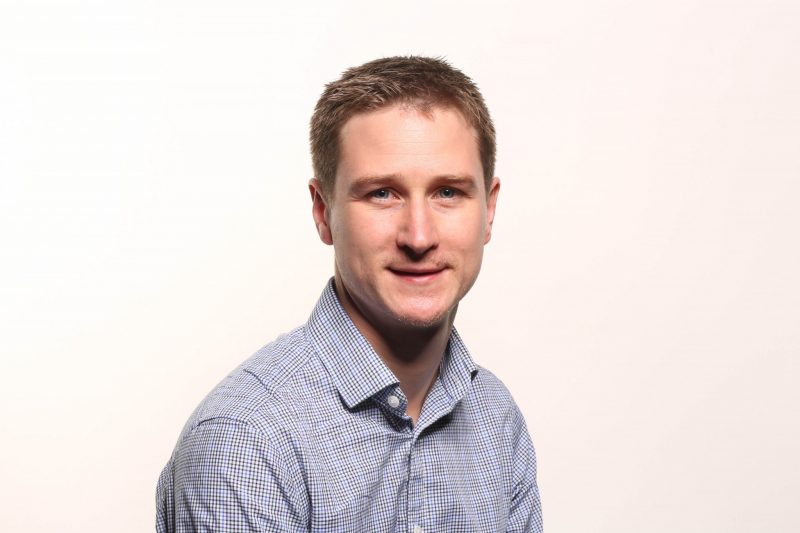 If you met Gary Foote on a weekend – walking his spaniels in the countryside or elbow deep in mud planting carrots – you would struggle to guess his profession. For all his love of the simple, rural life, Foote is an IT specialist and has spent his career in motorsports. He currently works as Chief Information Officer for the Haas F1 Team and has a CV filled with the biggest names in the industry, from Honda to Mercedes-Benz.

“I think you could say this is a dream job as I have always loved F1,” says Gary. “That said, I didn’t go to university to study Computer Science with an eye on a role like this.” His childhood ambition was to be a lorry driver – “I had pictures of trucks on my wall alongside F1 cars!” – which was replaced in his early teens with a burning desire to start his own business. “I did start one after graduation,” he recalls, “but then the job with what is now Cosworth Electronics came up and I took it.” He worked the A1GP World Cup of Motorsport championship as a trackside engineer and has never looked back.

One of the questions he gets most often concerns his decision to join newcomer Haas four years ago, leaving a job with one of the most successful F1 teams in the sports history (Mercedes F1) and with whom he won multiple World Championships. “For me it just seemed to be a very unique opportunity,” he says. “It was a new team with a very different business model. I get to define the IT strategy and have essentially built the platform from scratch. That’s something very few people in this industry get the luxury of doing as F1 teams are so well-established. I feel very privileged to have been able to do that.”

For those with little understanding of F1, Haas is an outlier in the fact that it is a smaller team trying to perform against those with far more resources behind them. It was founded by Gene Haas and Guenther Steiner, designed to be disruptive in an established market. That translates into outsourcing, a lower head count, and disparate units spread out in bases across the world, all of which present challenges to the security team.

“The mobile workforce and multiple sites are our biggest threats,” he admits. “Our data movement pattern is huge, as we might have aerodynamists based in Italy that are getting data from a high-performance compute cluster that is based in Banbury, run by CFD engineers based in the US. All that data has to be secure. Then you have staff moving around, so there is a risk of data being leaked in transit.”

Gary also faces the pressure of all F1 teams in that data is crucial to the performance of the car; the raison d’etre for them all. “Technology is underpinning the entire team and so there really are instances when the technology I am responsible for could stop the car on the track,” he says. “That’s the worst-case scenario for me.”

He lists a level-headed attitude and good communication as two important skills for a CIO, although adds that his particular role also requires a confidence in pushing limits. “I face the extra challenge in that we are trying to be clever in the way we work.” Haas pushes the boundaries further than most F1 teams in their bid to do more with less, which complicates Gary’s role. “Everything we do challenges the way things are normally done,” he says, “but I am hugely motivated to come into work every day, I really enjoy what I am doing.”

Some of the appeal, he says, is working in such an extraordinary industry. “There’s a bit of glamour because it’s F1, but we’re still just trying to produce a great product, like any other manufacturer. I like the fact that we are also a sport, so we are a team, and you get a really unique atmosphere that you don’t get in any other industries.”

By way of example, he lists one of his greatest moments of recent years, which came just a few days after he joined Haas. It was in Australia, when the Haas cars had their first race: “To see the first new US team in 20-odd years come across the line in a points-finishing position was a huge achievement and so exciting. You really cherish those moments!”

That said, he needs to offset his role with his rural escape. When the work is done, he leaves technology and his high-speed profession behind to plant vegetables, walk his dogs or spend time with his wife and two little boys. “I’m quite introverted away from work,” he admits. “I like to step back from technology, and I am happiest in the countryside. I like gardening and a good glass of wine.”

Find out more about Nominet’s partnership with Haas F1 or about Nominet’s cyber security services. You can read more CISO profiles on our blog, including one of Mark O’Hare from Mimecast.